​FRANKENSTEIN
by Nick Dear,
​ from the novel by Mary Shelley
@ Remy Bumppo Theatre Co., October 2018
Winner of 5 2019 Joseph Jefferson Awards, including Best Production of a Play-Midsize 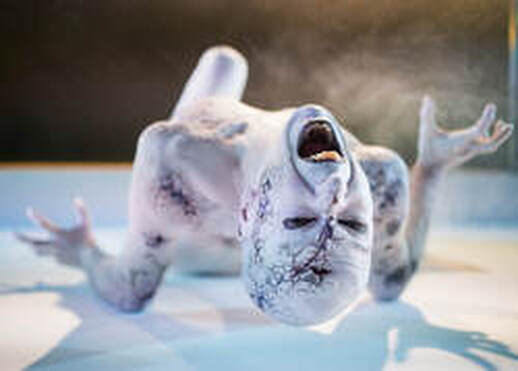 joe mazza / bravelux.com
Chicago Sun-Times (Catey Sullivan):
“Remy Bumppo’s stark, mind-blowing “Frankenstein” gets to the core of the novel with eerie impact….  Sandys’ Creature is primal, feral and recognizably humane. When he yowls in frustration and loneliness, the sound of pain seems to pierce the sky.”
​
ChicagoTheatreReview.com (Colin Douglas)
“...Sandys is always topnotch, a gifted actor at the apex of his craft, playing the Creature. His athletic physicality, mournful cries and agonizing words and expressions haunt the theatergoer long after the final curtain.”

Hyde Park Herald (Anne Spiselman):
“[Sandys’] performance blew me away. From the opening blackouts as the naked, scarred, new-born Creature tries to break free of a sheer-white sack that conjures both a placenta and a shroud to the final vision of him locked in an eternal struggle with his creator, Sandys arouses a complicated set of emotions ranging from empathy to horror. Besides a formidable ability to convey the Creature’s learning curve from inarticulate grunting to educated discourse (including quoting Milton’s “Paradise Lost”), he has natural grace and agility that belies his grotesque appearance and are riveting to watch even when he is doing terrible things…. I can’t imagine a Creature as compelling as Sandys.”

ChicagolandTheatreReviews.com (Dan Zeff:)
“Sandys is riveting in his initial confusion leading to yearning and resentment and finally revenge… What earns the production its “should see” recommendation is Sandys’s virtuoso performance as the anguished and resentful creature,…”

StageandCinema.com (Larry Bommer):
“Sandys’ anguished demonic tinkerer registers all the guilt that the Manhattan Project gave Robert Oppenheimer, knowing that you’ve opened a Pandora’s box that can never be closed.” 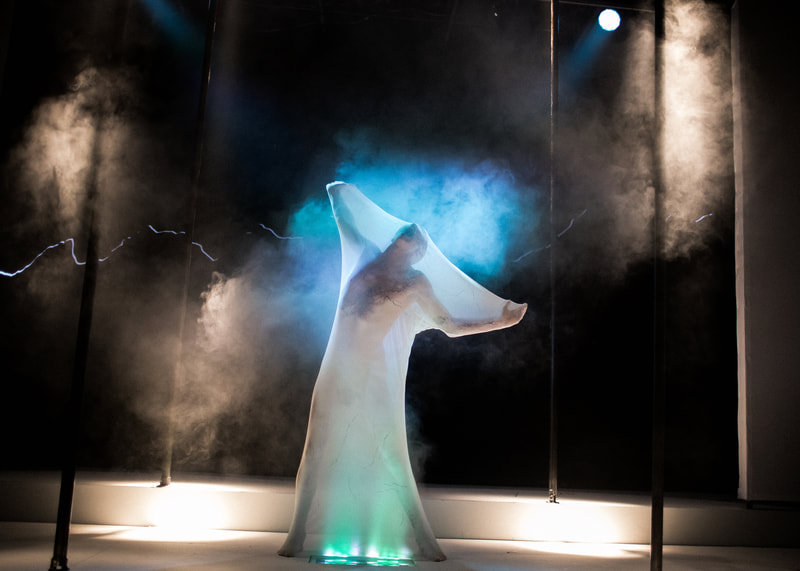 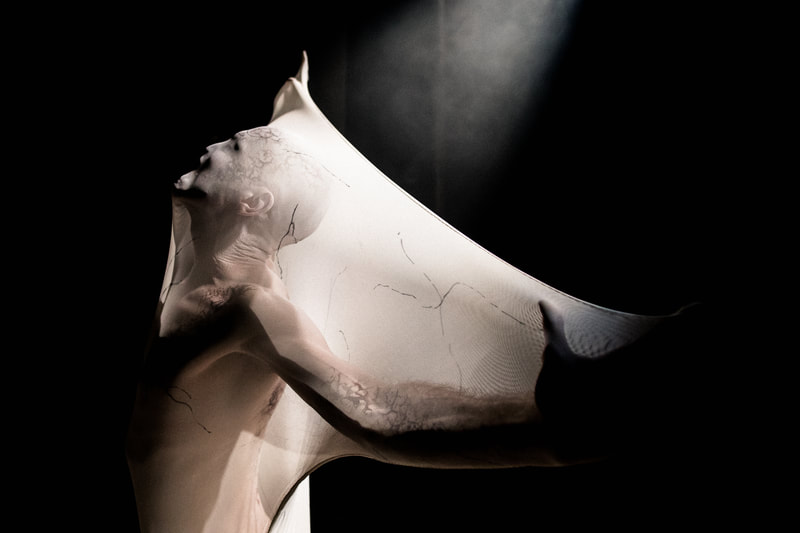 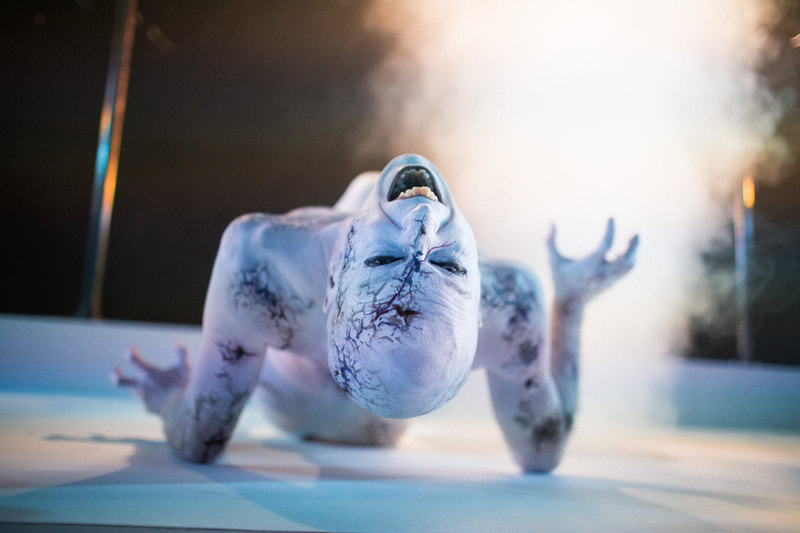 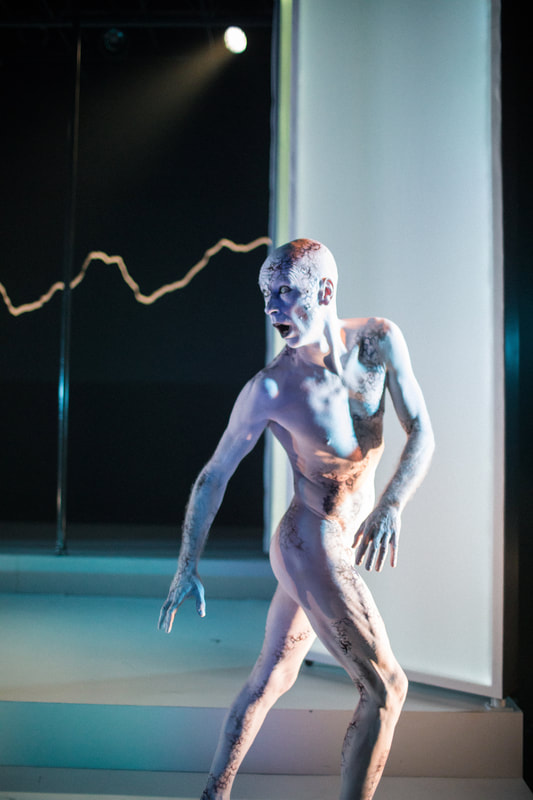 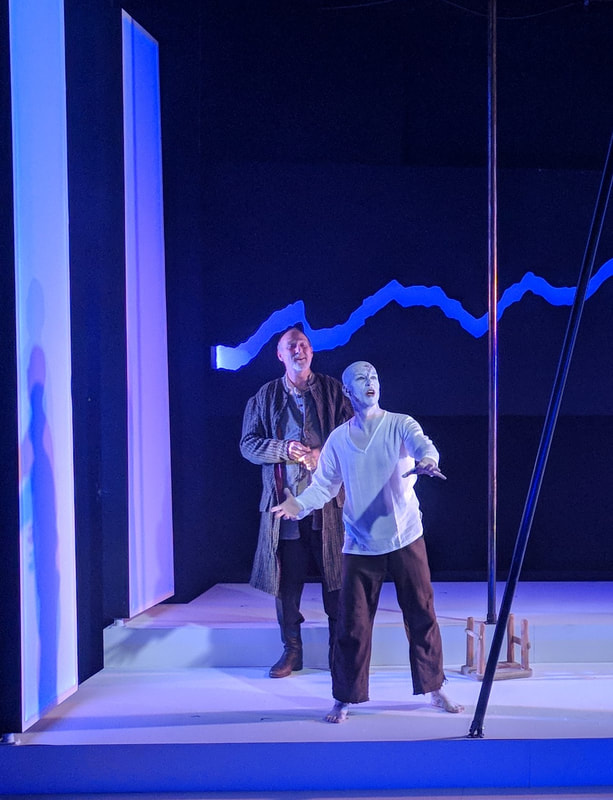 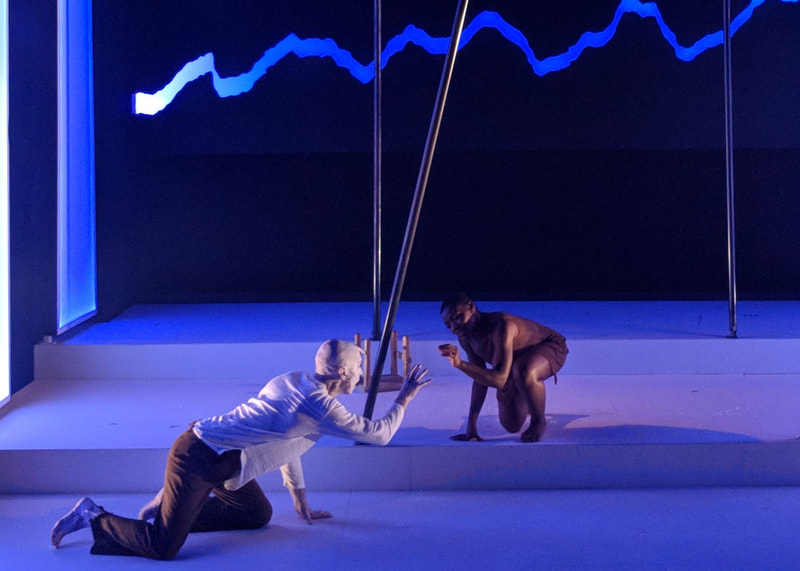 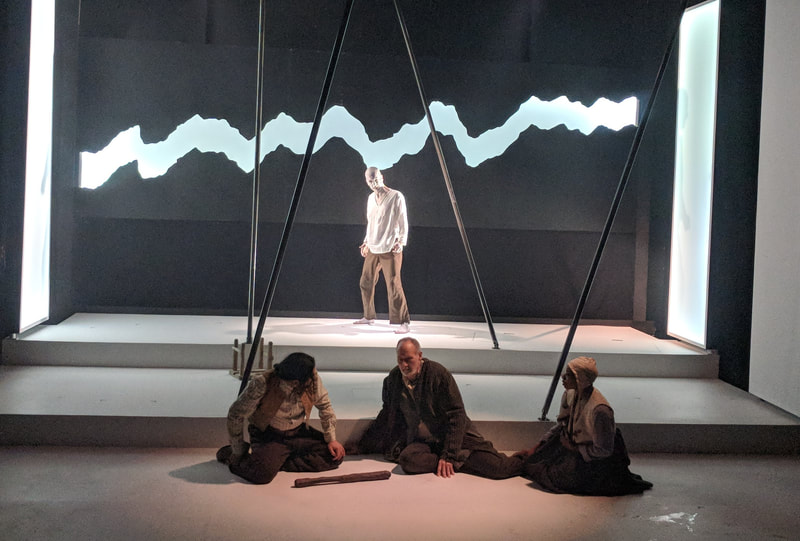 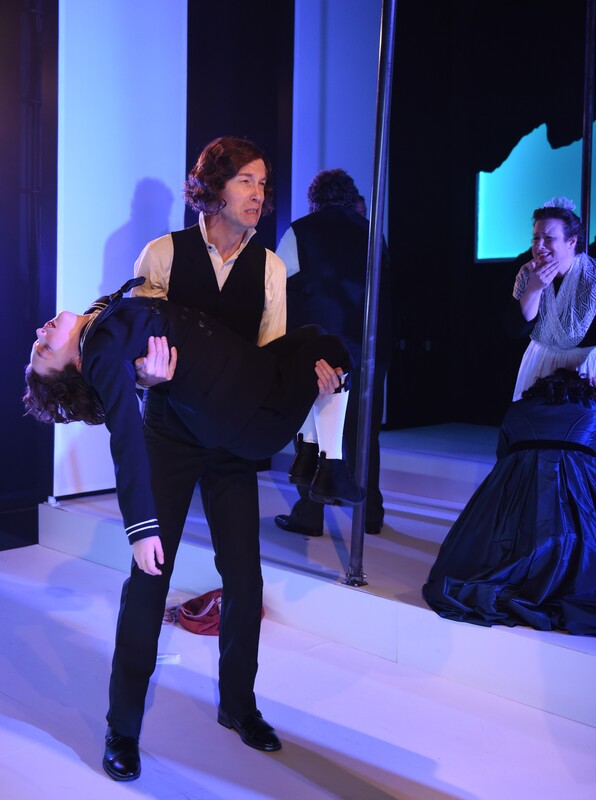 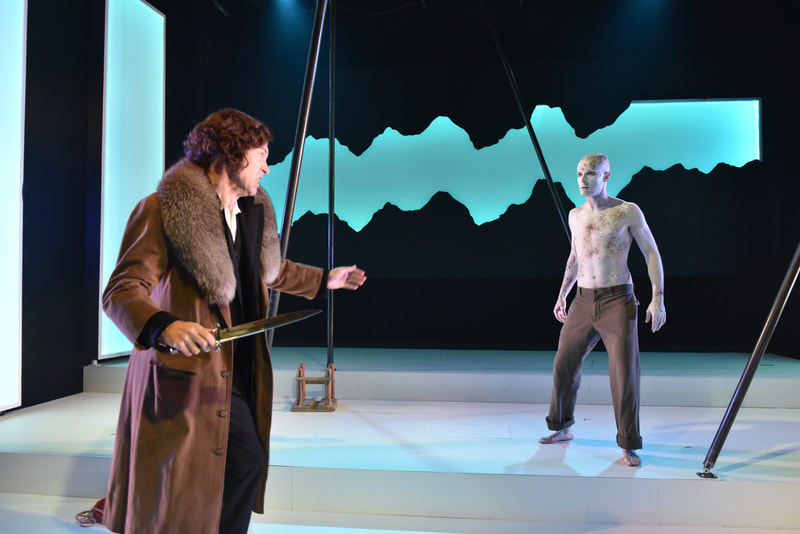 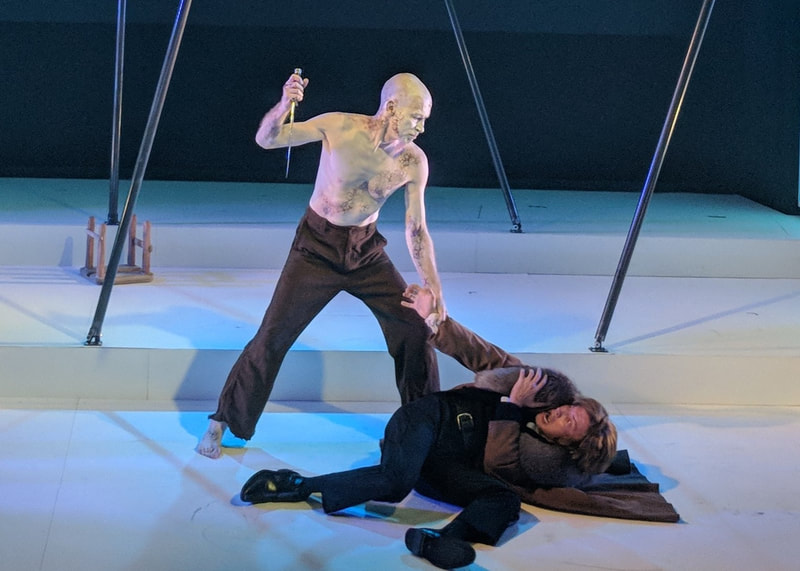 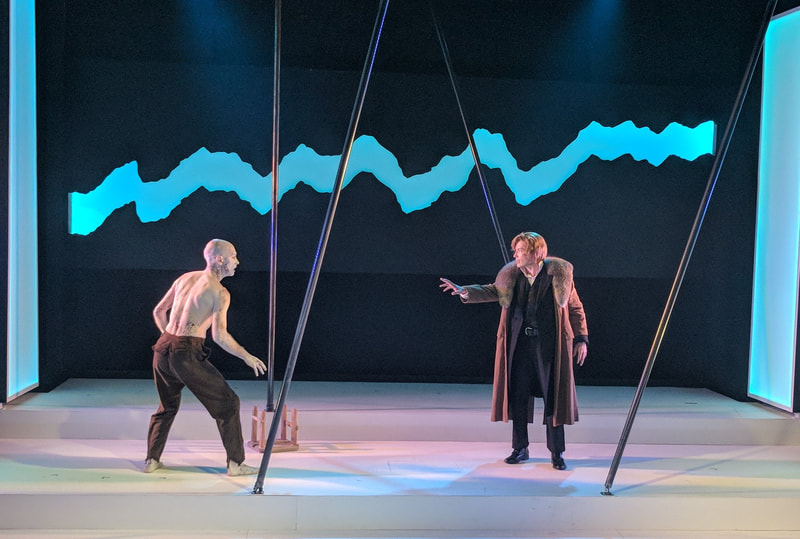 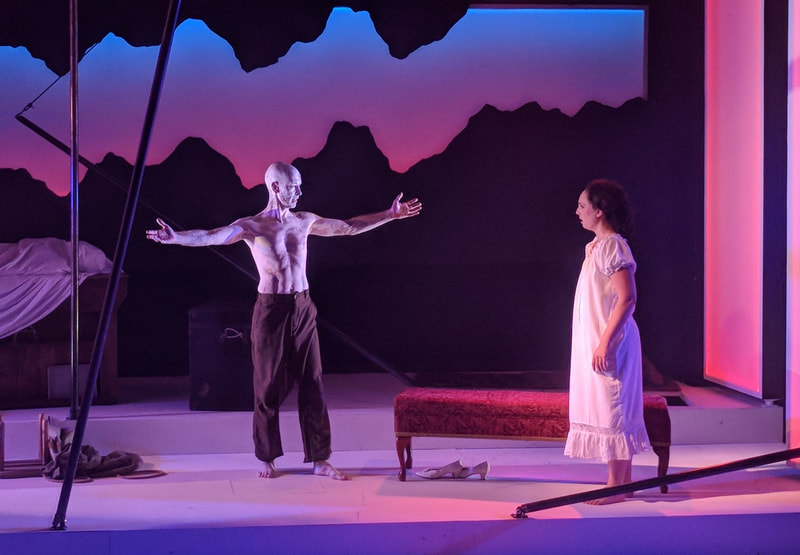 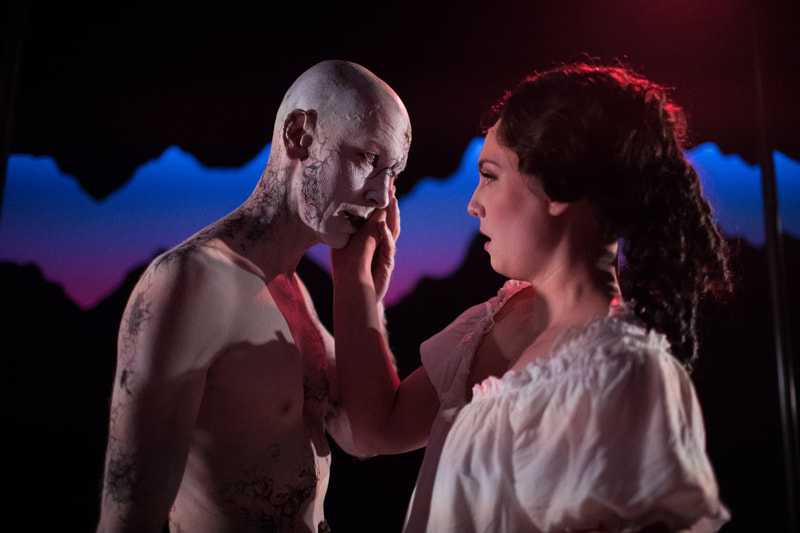 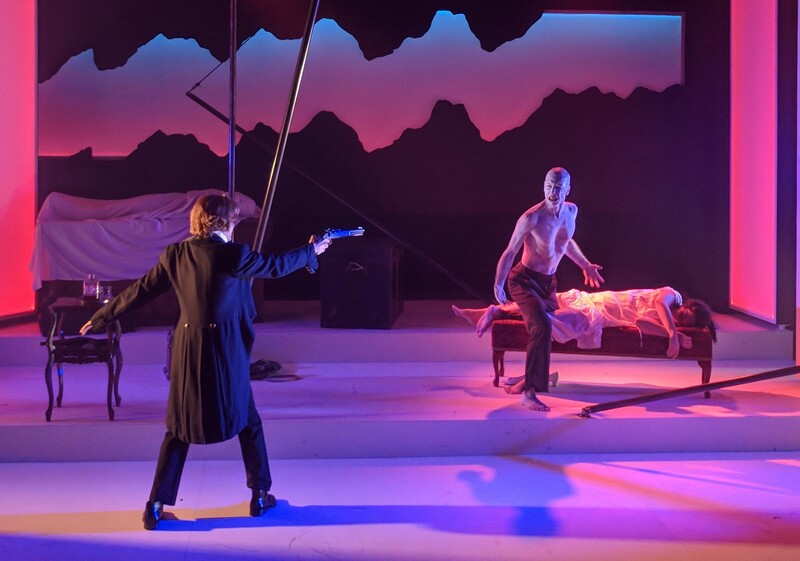 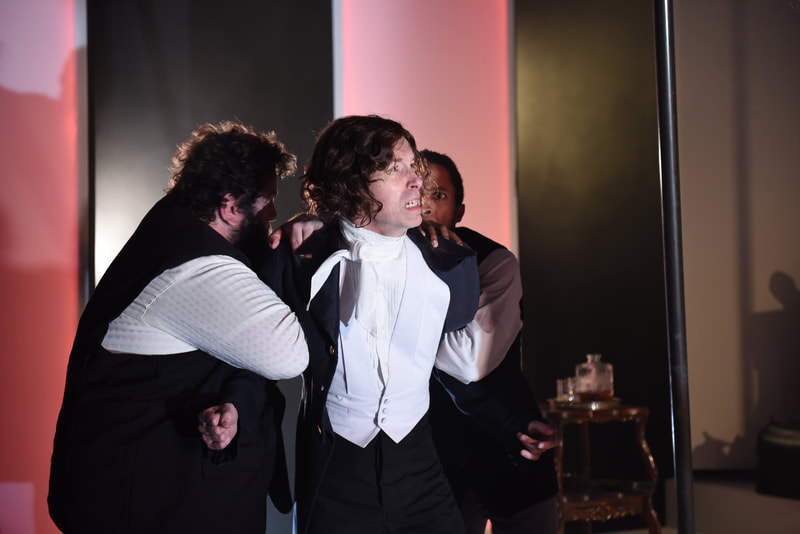 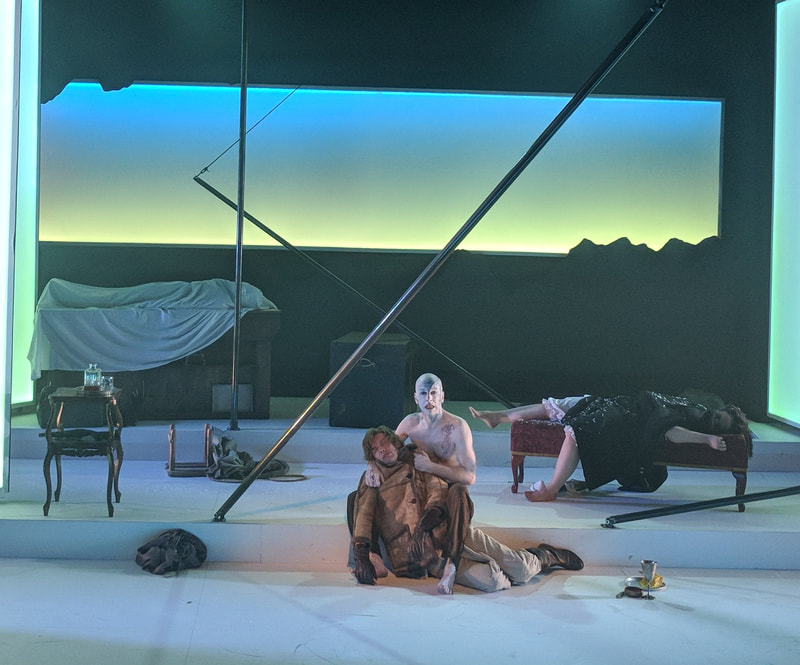