​      https://www.remybumppo.org/the-real-thing/
Reviews:
​Chicago Tribune - Highly Recommended Chris Jones
"a sexy, sensual, sizzlingly articulate production ...On opening night, people in the packed house upstairs at the old Victory Gardens were overtly leaning their bodies toward the stage, clearly drawn in by the words and craving more. There's no greater compliment for a Stoppard production... Nick Sandys and Linda Gillum do what's surely the best work of their still-developing careers in this town... Sandys is not just an articulate Stoppardian cynic--his ruffled Henry has deep but penetrable insecurities."

Windy City Times - Highly Recommended
"Watching Nick Sandys as Henry deliver Stoppard's rapier dry wit is the one of the joys of director James Bohnen's production ( especially when Sandys' Henry expounds his views on why 1960s pop is more sublime than classical music )."

Chicago Stage Standard - Recommended
"...Henry is the most fleshed out of the characters ... and Sandys plays him like a fine concertina. He is so good in fact that we might easily take the other characters for granted, were it not for the presence of such A-list actors as Anne Fogarty, Linda Gillum and Sean Fortunato. Kareem Bandealy and Keith Gallagher round out the cast competently enough. But in the end, we are left with Stoppard's complex and highly challenging words and thoughts, and Nick Sandys' exceptionally well modulated performance."

Time Out Chicago
"Thanks to an utterly commanding Sandys, Henry's emotions, at points, exceed his language."

Daily Southtown - Highly Recommended
"The charismatic Sandys, in the best performance of his life as Henry, holds the show together with a mesmerizing performance. He is amazing to watch as he goes from a cool and arrogant literary figure, throwing about quips and puns and using words as weapons, to a desperate man who succumbs to the humanity of being powerless in love."

Daily Herald - Highly Recommended
"I knew Nick Sandys was a good actor. I didn't realize how good until I saw him in Remy Bumppo Theatre's exceptional revival of "The Real Thing." Sandys plays Henry... the kind of meaty multifaceted role--acerbic, playful, comic and ultimately heartbreaking--into which an actor can sink his teeth. Sandys does, delivering an articulate, highly rewarding performance as an endearing snob and inveterate romantic... an ideal marriage between an actor and a role... This is heady stuff, especially Henry's provocative discourses (each a quietly eloquent tour-de-force by Sandys) on the power of words and the need to share the secret part of one's self with another person... This flawless production of Tom Stoppard's, brainy, bracing, nearly perfect play about love, marriage and fidelity benefits from James Bohnen's smart direction and exceptional acting, especially from leads Nick Sandys and Linda Gillum." 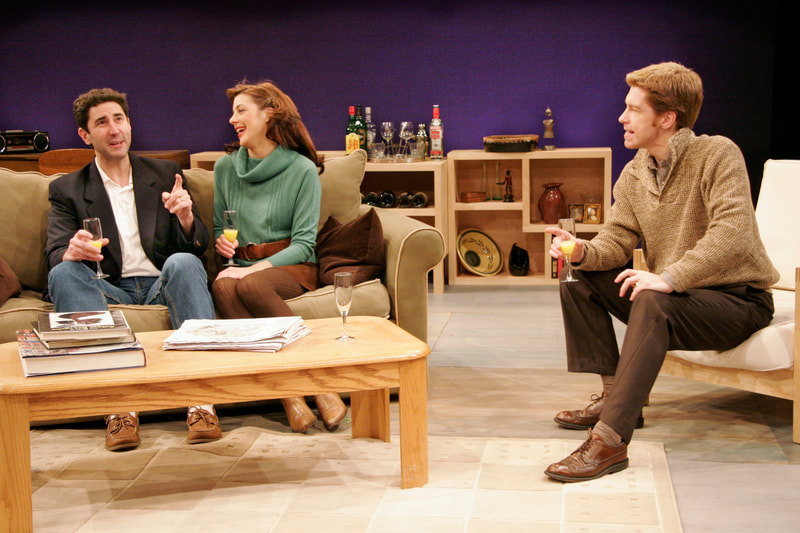 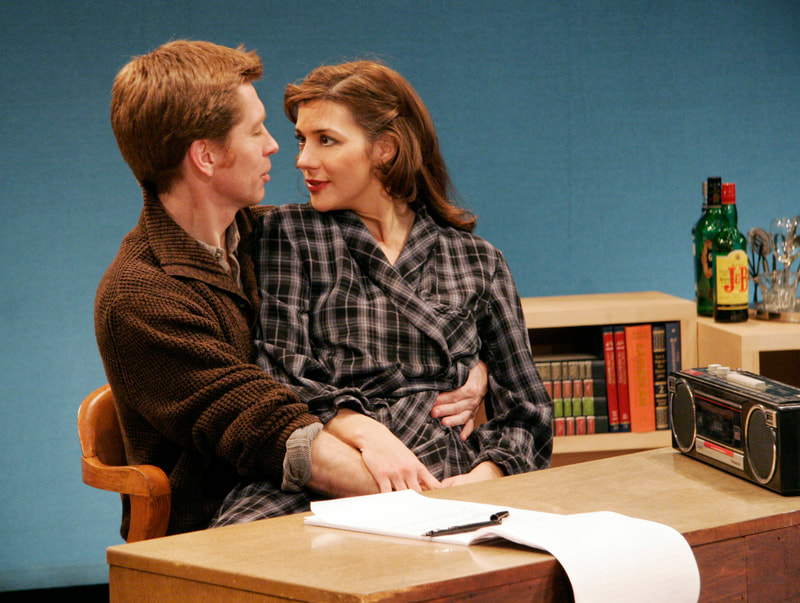 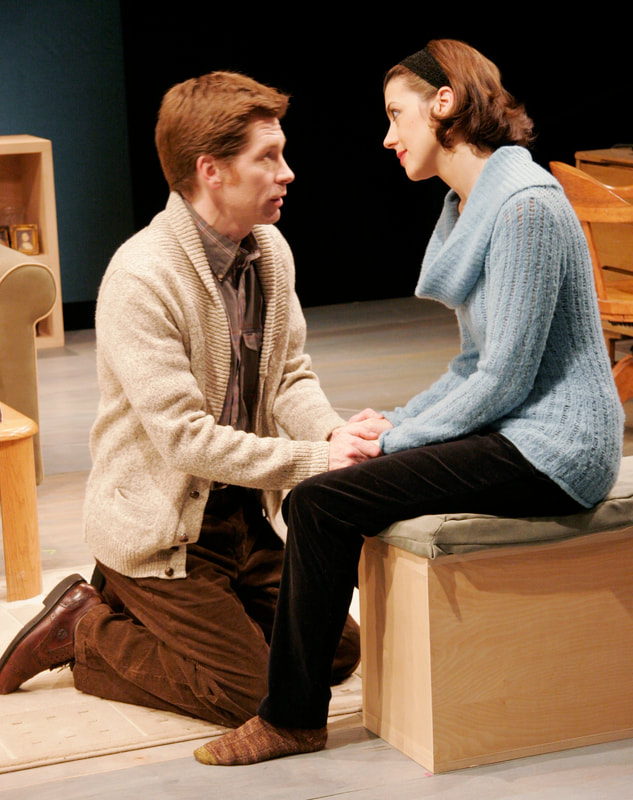 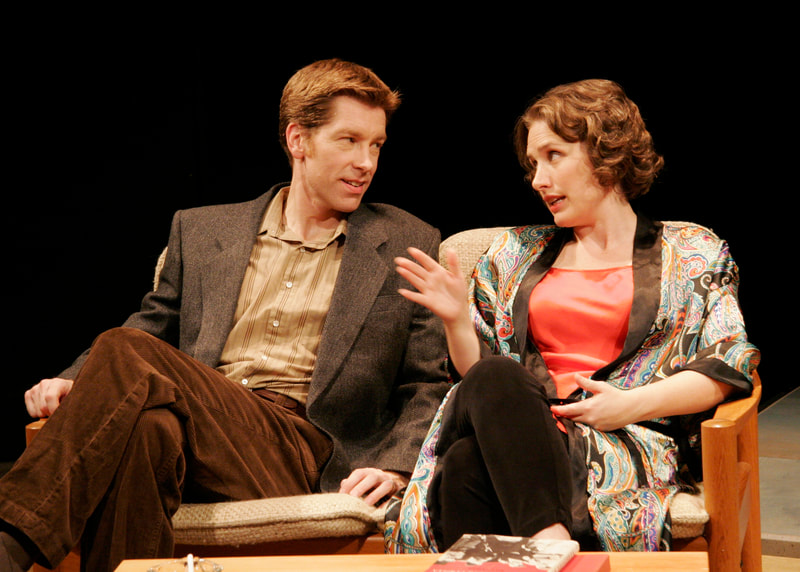 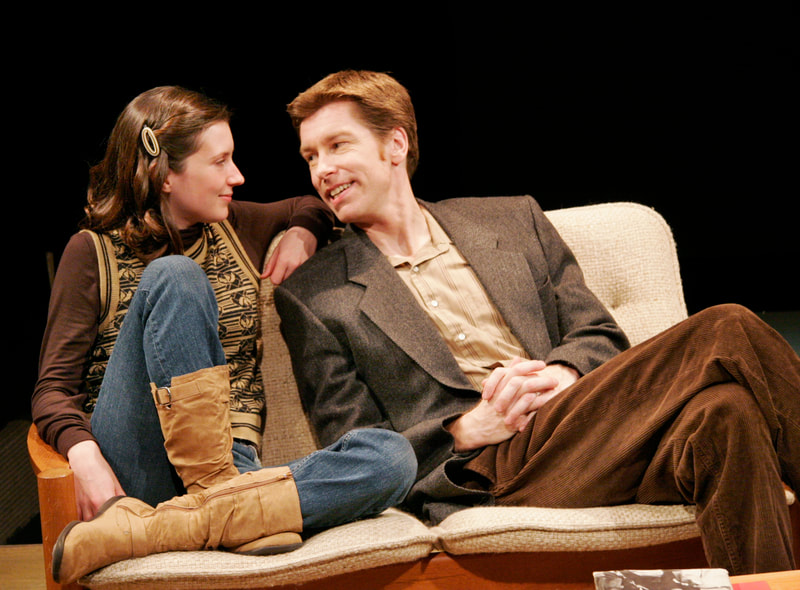 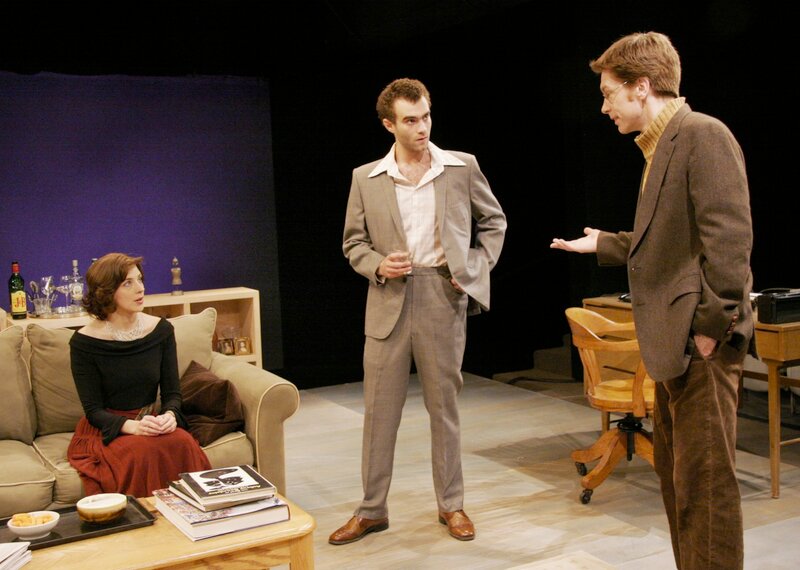